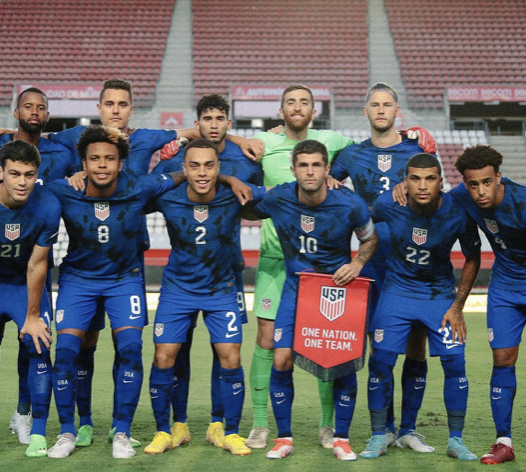 Knockout stage equation blended with political tension; Iran versus the United States is potentially shaping up as a World Cup classic.

On Tuesday night, the teams will lock horns at the Al Thumama Stadium in a winner-takes-it-all scenario.

After Iran’s 6-2 defeat in the Group B opener against England, many wrote off Iran as the punchbags of the group.

With the USA and Wales having played out a draw in the other group match, Team Meli were at the bottom of the group before the second matchday.

But they put on a much better display against Wales and looked the better team for most of the match.

Sardar Azmoun’s inclusion in the starting lineup made the Iranian attack far more threatening. But the Bayer Leverkusen man had to limp off the pitch in the 68th minute with the scores still locked at 0-0.

The Asian side came close to opening the score several times, but the woodwork, Wayne Hennessey’s brilliant goalkeeping, and the wastefulness of Iranian players kept the score goalless.

Ironically, it was Hennessey who threw Iran a lifeline as he went off seeing a red card for his advanced challenge on Mehdi Taremi.

Iran took their time to make their numerical advantage count.

A win against the US will take Iran to the knockout stages for the first time in their history.

A draw could also be enough for them if England manage to avoid defeat against Wales at the Ahmad bin Ali Stadium.

Team USA only have two points to their name after the first two matches, but there would be little opposition to the claim that the Stars and Stripes have been one of the most exciting teams to watch in this World Cup.

The Americans were the better side in both of their first two matches.

They conceded a late penalty against Wales to hand them a route back into the game.

Against England, the US pushed the World Cup contenders back for prolonged periods of the game. They rued a flurry of missed chances as the score remained 0-0 at the final whistle.

Looking back on their last two performances, the USA should feel confident of a win against Iran. But they will have to get much better in front of the opposition’s goal to do so.

Alireza Jahanbakhsh will be a certain absentee for Iran, as the Feyenoord striker picked up back-to-back yellows in the first two matches.

Sardar Azmoun will face a race against time to get fit for the USA match.

Goalkeeper Alireza Beiranvand has recovered from concussion and will be available to stand between the sticks. But Hossein Hosseini might keep his place on goal.

USA have a fresh deck of cards to play with.

So, they will be able to field the exact same eleven that played against England.

The USMNT manager has some big calls to make to pick the perfect XI that could bring them their first win in the competition.

USA have been laying excellent football, but their lack of output might lead to their downfall once again.

It would be difficult to break down an Iran side who would be happy to sit back and hit the US on the counter.

This could be another 0-0 draw.