Who is Jahnavi Kapoor secretly holidaying with, in Maldives? 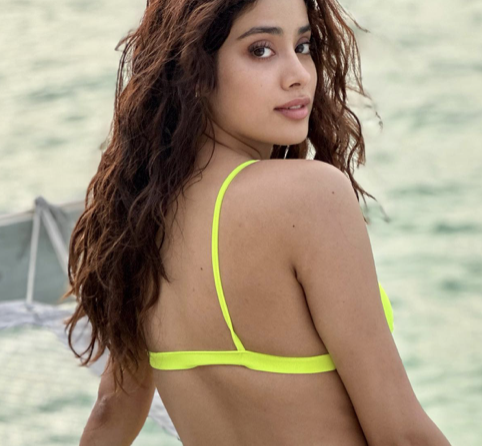 Janhvi Kapoor is one of Bollywood’s young talents who enjoys a massive fan following on social media.

Going by her Instagram handle, the ‘Roohi’ actress is currently enjoying a gateway in the Maldives.

But interestingly, she is not alone!

On Saturday, the actress took to her Instagram handle to share a stunning picture under the moonlight.

In a sheer coincidence, a Reddit user shared a moonlit picture posted by her ex Shikhar Pahariya on his Instagram Stories on Saturday which looked identical!

So he put two and two together and wrote, “So Janhvi & Veer Pahariya are spending time together in the Maldives.”

Jahnvi’s picture showed her back with the ocean in the backdrop.
Sharing the picture, she wrote, ” meet me in the pale moonlight 🌙”
Reacting to the pictures, her ex-boyfriend Shikhar Pahariya wrote, “Moon spirit (red heart emoji).”
Janhvi shared more pictures from her vacation in Maldives and wrote, “Messy hair, iridescent skies, salty winds and an endless ocean.” 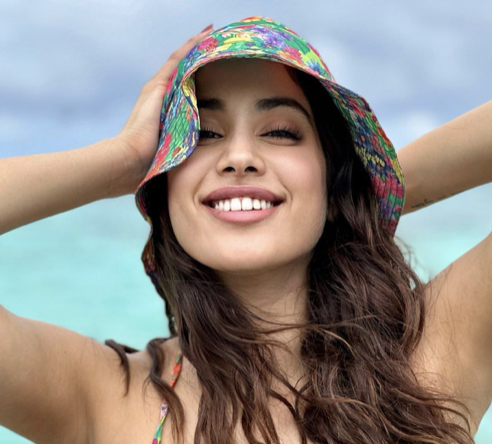 Shikhar Pahariya is the grandson of Sushilkumar Shinde, the former Chief Minister of Maharashtra.
According to reports, Shikhar dated Janhvi Kapoor earlier and later parted ways.

She was also recently spotted hanging out with Shikhar in Mumbai.

This means that Jahnavi is probably back with Shikhar.

Janhvi had a great 2022 so far. She received praises for her performance in the film Good Luck Jerry.

She was next seen in Mili which releases in theatres last month.

She essayed the lead role in this survival thriller, produced by her father Boney Kapoor. It marked their first collaboration.