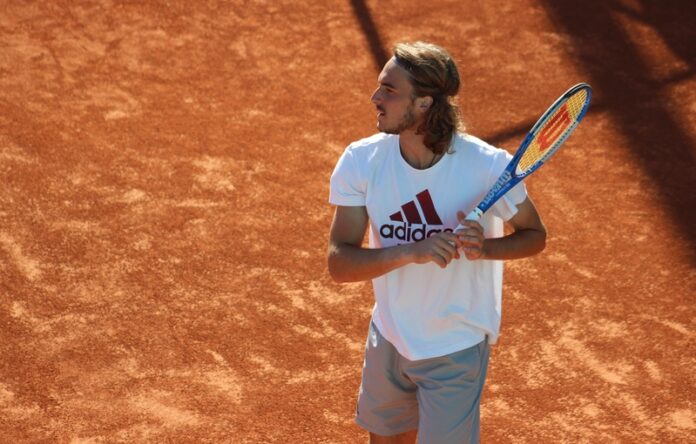 Casper Rudd caused the biggest upset of the day by ousting the World No. 5 from Greece, Stefanos Tsitsipas.

With Medvedev also getting knocked out by Chilean Cristian Garin, the bottom half of the draw is up for grabs and Ruud will look to build on his performance and get to a 1st ATP final.

Casper Ruud is a formidable opponent on clay and Tsitsipas found it hard to overcome him during the few decisive moments of the match.

In the 1st set, both players held their serves until the matter was finally resolved by a tie-breaker which Rudd won 7-4.

Both players continued to hold their serves even in the second set until Tsitsipas finally cracked in the seventh game.

This proved to be the only break of the match as Rudd went to win 6-4.

Tsitsipas was the No. 3 seed in the tournament and with this win, Rudd can be considered as one of the favourites to win this tournament.

Meanwhile, there were no surprises for Rafa Nadal who progressed to the quarters with a brilliant performance against young Aussie, Alexei Popyrin, beating him 6-3 6-3.

Popyrin had 3 breakpoints in the 2nd game, but Nadal upped his game at the key moments and prevented a break of serve. He then quickly broke twice to take a 4-1 lead.

Popyrin got a break back, but Nadal nipped all comeback attempts in the bud.

The No. 1 seed hit peak form in the 2nd set and finished off the match to book his 15th quarter-final berth in the Mutua Madrid Open.

The WTA No. 1, Ashleigh Barty continued her spell of form on the red clay with another winning display.

Australian Barty, who won the Stuttgart Open before coming to Madrid, used her slice shots to devastating effect to dismantle Spaniard, Paula Badosa.

In the 1st set, the game was neck-to-neck till Badosa was broken when the score was 4-5.

The loss of the 1st set spurred Badosa and she broke Barty in the 1st game of the 2nd set.

However, Barty fought back strongly and won 4 games in a row.

In the 2nd Semi-final,

Sabalenka looked in a hurry to finish the match as she swept away Pavlyuchenkova in just above an hour, dropping only 5 games.

In the 2nd set, Sabalenka raced to a 5-0 lead before Pavlyuchenkova started her unlikely comeback, winning 3 games in a row.

However, it was too little, too late as Sabalenka wrapped up the match by winning the next game.

Sabalenka will be itching to avenge her loss to Barty in the Stuttgart Open final.

Tennis fans will remember that Barty had fought back from a set down to beat fifth seed Sabalenka 3-6 6-0 6-3 to clinch the trophy.