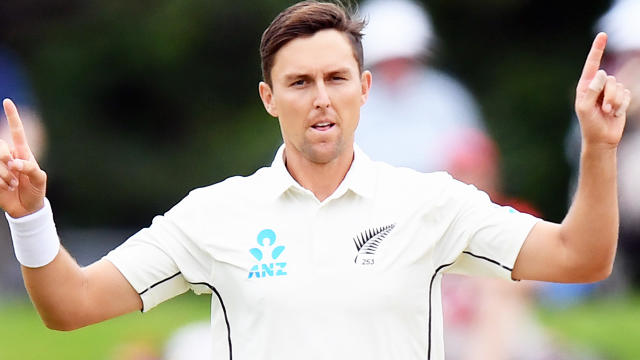 The 33-year-old wants to spend more time with his family and will only feature in domestic leagues around the world. Trent Boult will have a “significantly reduced” role in NZ Cricket ahead.

Considered one of the best fast bowlers in the world, Trent Boult has led the New Zealand fast bowling unit for many years.

Trent Boult has taken 169 wickets for New Zealand in the ODI Internationals over a career spanning 10 years. He has also taken 317 test wickets and 62 wickets in T20 internationals.

“Playing cricket for my country was a childhood dream and I’m so proud of everything I’ve been able to achieve with the Black Caps over the past 12 years,” he said.

“Ultimately this decision is about my wife Gert and our three young boys.

“Family has always been the biggest motivator for me and I feel comfortable with putting it first and preparing ourselves for life after cricket.

“As a fast bowler I know I have a limited career span, and I feel the time is right to move into this next phase.”

New Zealand cricket would certainly miss the services of their star bowler.