The 15 year old who is part of the IPL auction! 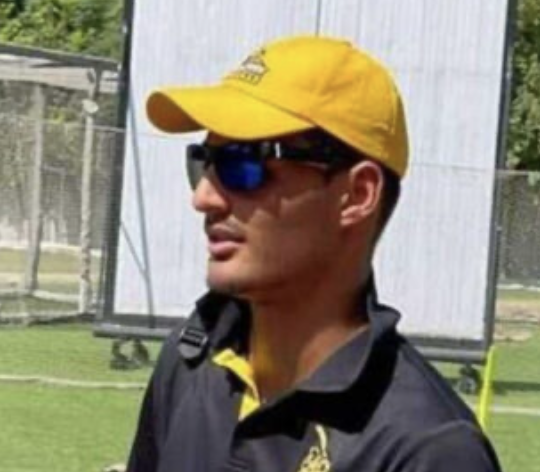 The IPL 2023 auction will be held in Kochi on December 23rd.

A name that has grabbed everyone’s attention is that of Allah Mohammad Ghazanfar.

Ghazanfar is just 15 years old and is the youngest player to have registered for this edition of the IPL auction.

He was among the 405 players who were shortlisted.

Ghazanfar, who hails from Afghanistan tried to sign up for the Big Bash League auction earlier this year but was unsuccessful.

6 feet 2 inches tall, he is a native of the Paktia province’s Zurmat area.

Given his height, he began as a fast bowler but gradually switched to a spinner under the tutelage of the former Afghanistan captain Dawlat Ahmadzai.

The Afghan teenager has registered himself in the INR 20 lakh price bracket.

Although he is an off-spinner, his style of bowling is pretty similar to that of India’s Ravichandran Ashwin.

“Ashwin has been India’s top spinner, and I appreciate his variety. I’ve always thought of him as my idol.”, Ghazanfar said.

“My ultimate goal is to play for Afghanistan. I’ve played a lot of junior cricket.”

“I am particularly looking forward to the IPL because it will let me to learn a lot from the Indian and international players, which will help me get better at my game. I’m hoping a franchise will choose me.”, he remarked.

He participated in local U-16 tournaments before getting the chance to train with the Afghanistan U-19 team and making his Shpageeza League debut for Mis Ainak Knights.

In his second encounter against Hindkush Stars, he took 4 for 15, giving him five wickets in three games.

Ghazanfar, who later competed in the Junior Pakistan Super League, said, “I love testing the hitters with my spin, and the experience of playing in the Shpageeza League has been incredibly helpful.”

We wish the Afghan teenager all the best!