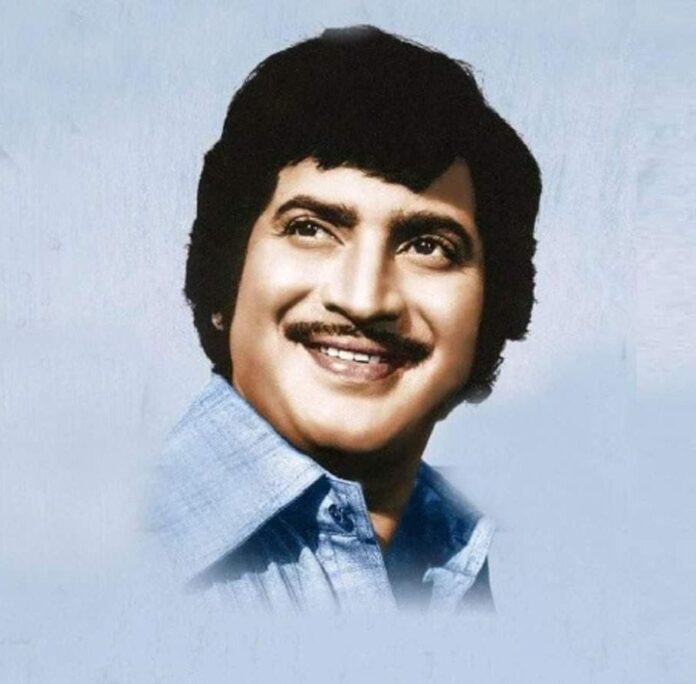 Krishna was hospitalized on Monday after experiencing a mild cardiac arrest, and at 2 a.m. today he passed away due to respiratory problems and multi-organ failure. Actor Mahesh Babu is the father of Krishna, whose full name is Ghattamaneni Siva Rama Krishna Murthy. The whole Telugu cinema industry is mourning his passing, and celebrities are using social media to send condolences to Mahesh Babu and his family.

According to sources, on Monday, after going into cardiac arrest, physicians were able to recover Krishna. However, his condition soon began to deteriorate, and he passed away at the age of 79 in the early hours of November 15.

This has been an extremely difficult year for Mahesh Babu as he lost his mother in September, his brother Ramesh Babu in January, and now his superstar father.

Krishna made his film playing debut in a lead role with “Thene Manasulu” (1965), and with “Gudachari 116,” he went on to become a star. The Telugu film industry’s first technological innovations were introduced by Superstar Krishna in a number of his attempts. He took on many parts in a range of genres, including that of a spy, freedom warrior, king, cowboy, and other historical characters.

Sad to hear about the sudden demise of #SuperStarKrishna garu💐. Heartfelt condolences to his family & friends.

Such a devastating loss to the entire film industry, What a Legend he was.
I had the pleasure of working with him and a total privilege to know him personally.
Rest in peace #SuperStarKrishna garu!

Heartfelt condolences to Mahesh & family in this hour of grief. OM SHANTI 🙏

Extremely saddened at the loss of #Superstarkrishna garu.
can't imagine how tough this could be.
Wishing all the strength to @urstrulymahesh anna and the family.
May your soul RIP & you'll always be alive in our hearts sir.
om shanti 🙏 pic.twitter.com/QoaBdFrSSI

Recently Indira Devi garu and now
Our very own #SuperStarKrishna Garu Is No More.
Devastated with this terrible news.