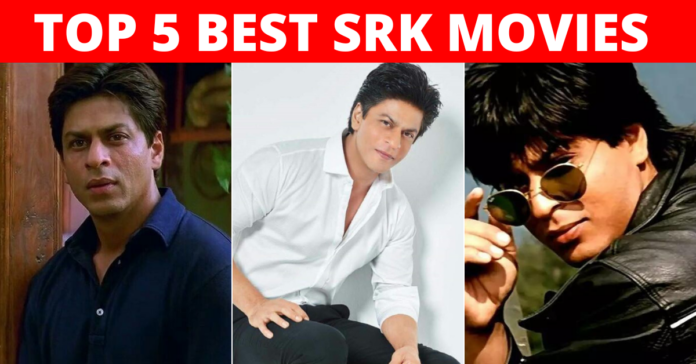 Shah Rukh Khan is the undisputed king of Bollywood.

SRK is a name that is famous not just within the national borders of India, but far and wide, globally. Known as the King of Bollywood, Shahrukh Khan has given a number of blockbuster movies to Bollywood.

Although typecast as the quintessential romantic hero, Shah Rukh Khan started his career as a villain, and his earlier movies were portrayed in a negative avatar. It was the movie Dilwale Dulhania Le Jayenge that changed the game for him, earning him tags such as “The King of Romance,” making him one of the richest actors in the world, and undoubtedly the biggest Indian superstar of his generation.

Kal Ho Naa Ho is a 2003 Indian Hindi-language romantic comedy-drama film directed by Nikhil Advani, written by Karan Johar with dialogue by Niranjan Iyengar, and produced by Yash Johar. KHNH happened to be the highest-grossing film in India and worldwide in 2003.

SRK played the role of Aman who falls in love with a young woman, Naina, but he cannot tell her how he feels, knowing well that he might die soon, as he suffers from a severe heart condition. He then puts all his energy into bringing Naina together with Rohit, a friend of hers who is also in love with her. The film went on to become one of the biggest blockbusters of the year.

Another critically acclaimed movie, My Name Is Khan narrated the tale of an autistic man, Rizwan Khan, caught in the aftereffects of the horrific tragedy of the Twin Towers. Rizwan is married to a Hindu woman, Maya, whose son from her previous marriage gets brutally beaten on a football field for having a Muslim father. The young boy dies from his internal injuries and Maya is devastated, even blaming her husband for being indirectly responsible for her son’s shocking death. Rizwan then sets off to meet the President of the United States to inform him that he might be a Muslim, but that didn’t make him a terrorist. The movie stands as one of Shah Rukh’s best performances, and he portrayed a character that was very different from his popular “lover boy” image.

The story of Raj and Simran continues to enthrall fans even today, and it has the added distinction of being the longest-running movie in the country, having run for over 25 years with a single show in Maratha Mandir in Mumbai. With an estimated total gross of ₹2 billion($60  million) worldwide, Dilwale Dulhania Le Jayenge was the highest-grossing Indian film of 1995 and one of the most successful Indian films in history. It won 10 Filmfare Awards—the most for a single film at that time—and the National Film Award for Best Popular Film Providing Wholesome Entertainment. Its soundtrack album became one of the most popular of the 1990s.

Chak De! India is a 2007 Indian Hindi-language sports film directed by Shimit Amin and produced by Aditya Chopra under the banner of Yash Raj Films, with a script written by Jaideep Sahni. The film stars Shah Rukh Khan as Kabir Khan, former captain of the India men’s national field hockey team. After a disastrous loss to Pakistan, Khan is ostracized from the sport owing to religious prejudice. 7 years later in an attempt to redeem himself, he becomes the coach for the Indian national women’s hockey team, with the goal of turning its 16 contentious players into an award-winning team.

Considered one of Khan’s career-best performances, Chak De! India also proved to be socially impactful in India; its success brought about the re-organization of the Indian Hockey Federation in April 2008, and former player Aslam Sher Khan pointed to the film as a model for the Indian team to work towards.

Swades: We, the People is a 2004 Indian Hindi-language drama film co-written, directed, and produced by Ashutosh Gowariker. The film stars SRK, Gayatri Joshi, and Kishori Ballal while Daya Shankar Pandey, Rajesh Vivek, and Lekh Tandon appear in supporting roles. Despite its commercial failure, Swades is regarded ahead of its time and is now considered a cult classic of Hindi cinema and one of the best films in Shah Rukh Khan’s filmography. Shahrukh’s performance in this film is regarded as among the best performances of his career.