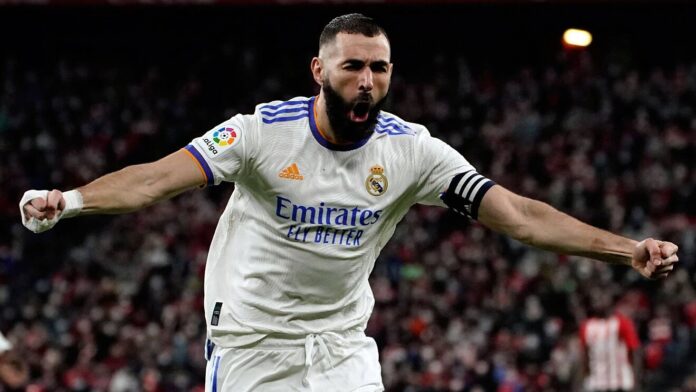 Soccer star Karim Benzema, who plays for Real Madrid and the French national team, has been found guilty of conspiring to blackmail a former teammate over a sex tape. The scandal has been unfolding since 2015 and caused major setbacks in both players’ careers.

A court in Versailles, France, handed Benzema a one-year suspended jail sentence and fined him 75,000 euros (about $84,000). The court also found four of Benzema’s co-defendants guilty of attempted blackmail.

Lawyers for Benzema have told reporters that he plans to appeal. “This outcome in no way corresponds with the reality of events,” lawyer Antoine Vey said after the verdict, according to Reuters.

Prosecutors have portrayed Benzema as an intermediary who, in 2015, tried to persuade French teammate Mathieu Valbuena to pay blackmailers who were threatening to release a sex tape — an allegation that Benzema has long denied.

At the trial, Valbuena testified that Benzema approached him and said he had a friend who “can solve your problem,” The Associated Press reported. In a wiretapped call played in court, Benzema is heard talking to Karim Zenati, his co-defendant and old friend, informing him about the exchange with Valbuena.

Benzema was removed from the national team after the scandal erupted. At the time, Benzema, who is of Algerian descent, said that racism contributed to the decision.

But now, Benzema is back on the French team. He played this year in the European Championship.

And it does not appear the court outcome will threaten his place on the team. The French Football Federation did not immediately respond to NPR’s request for comment but has signaled in the past month to other news organizations that a guilty verdict would not automatically result in Benzema being cut from the roster.

NPR was not immediately able to reach Real Madrid. Benzema is expected to play in his club’s Champions League match on Wednesday against Sheriff Tiraspol.

Valbuena’s career has been less successful in the years since the scandal broke. He’s currently playing for Olympiacos, a Greek team. But he hasn’t returned to France’s national team.

“He has suffered sports prejudices that are difficult to repair,” his lawyer Didier Domat told the AP. “We are satisfied that his status as a victim has been recognized.”