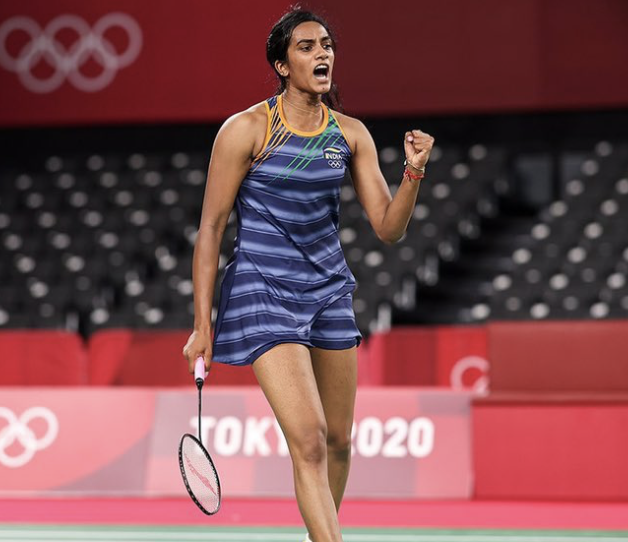 Day 7 was a terrific day for India’s medal hopes.

Let’s look at the results achieved by Indian athletes in various disciplines.

Akane Yamaguchi is a tricky opponent and was playing in her home country.

Despite these odds, PV Sindhu put in a terrific performance to outclass Akane Yamaguchi in quarter-finals of the women’s badminton singles.

The Indian shuttler sealed a 2-0 win against her Japanese opponent, winning the first game 21-13, followed by 22-20 in the second.

If she wins her next match, she is assured of a medal, which would be her second Olympic medal.

She will next face Chinese Taipei’s Tai Tzu Ying in the semi-final.

Lovlina Borgohain was up against Nien-Chin Chen in her quarter-final bout.

She had lost to the Chinese Taipei boxer in her previous four meetings so the odds were against her.

However the Indian produced a fine display when it mattered.

She boxed with complete freedom and turned the tables on Chen beating her by a 4-1 split decision.

In the process, she booked her place in the welterweight semi-finals and assured herself of at least a bronze medal in the in 69kg category.

Next, Lovlina will face the top-seeded boxer from Turkey, Busenaz Surmeneli on August 4.

If she wins, she will become the most successful Indian boxer at the Olympics.

In 2008, Vijender Singh had won the country’s first medal in boxing with a bronze in Beijing. Mary Kom had clinched a bronze in the next Olympic Games at London in 2012.

However, boxer Simranjit Kaur (60kg) lost to Thailand’s Sudaporn Seesondee in the pre-quarterfinals to make an early exit from the Olympic Games.

The duo failed to qualify and Bhaker could only muster a total score of 582 while Sarnobat managed 573.

With this, it’s confirmed that the much vaunted Indian shooting line-up will return empty-handed from the Tokyo Olympics.

World number one archer Deepika Kumari’s quest for an Olympic medal ended in heartbreak for the third time.

Earlier in the day, the Indian archer had defeated Russia’s Ksneia Perova to seal a berth in the quarterfinals.

In the biggest upset of the Tokyo Olympics, Novak Djokovic of Serbia was beaten by  Germany’s Alexander Zverev  1-6, 6-3, 6-1 in the semi-final clash of the men’s singles.

The Indian men’s hockey team registered a 5-3 win over hosts Japan to cement its quarterfinal spot with a second-place finish in Pool A.

India finished second in Pool A behind Australia with four victories out of five games.

They will play against the Republic of South Africa in their last match of Pool A.

A late goal by Navneet Kaur clinched this vital win.