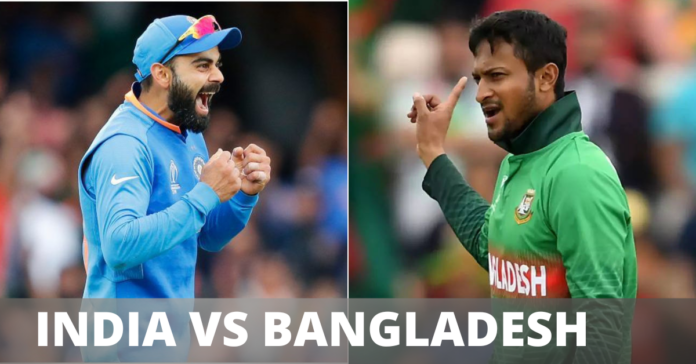 Bangladesh captain Shakib Al Hasan on Tuesday said that his side is not here to win the tournament, and if they end up beating India, it would indeed be an upset.

Speaking to the press ahead of their meeting with India in Adelaide, the all-rounder downplayed his side’s expectation of winning the trophy and instead said the pressure is on India as they are one of the favorites to win the T20 World Cup

Beating India would be an upset, says Al Hasan

“You can understand the situation, if we win against India, it will be upset and we will try our best to upset India.”

“We don’t want to focus on any single opposition. We just want to stick to our plans, we are just focused on giving a complete team performance in all the departments of the game.”

“We want to play well in our remaining two games. If we are able to win against India or Pakistan, it would be an upset. Both the teams are better than us on paper, if we play well and if it is our day, there is no reason why we cannot win. We have seen teams like Ireland and Zimbabwe beating England and Pakistan. If we are able to do the same, I’ll be happy.”

“He ( Suryakumar Yadav) has been playing really well for them. I think he is probably their No.1 batter in terms of the record in the last year. They have few world-class players, we have not done our team meetings yet. We will talk about the areas we need to look after in the team meetings. If we want to win, we have to take care of all the departments,” said Shakib.