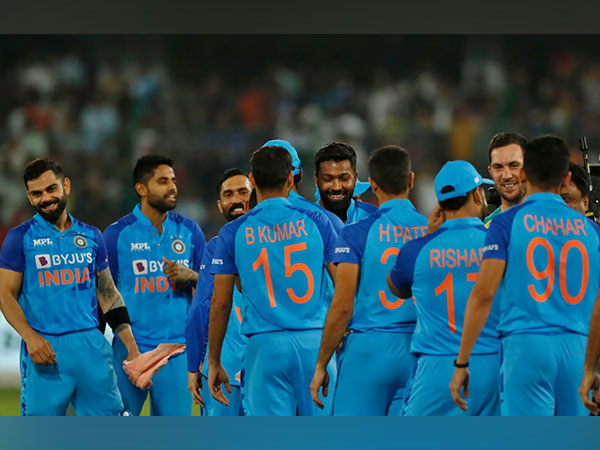 According to former India head coach Ravi Shastri, there would be a completely new Indian team following the T20 World Cup in 2022.

The Indian cricket squad features a few new players on the list for the 2022 T20 World Cup compared to the 2021 T20 World Cup. The squad is expected to end the agonizing wait for the title of world champions with players like Dinesh Karthik, Arshdeep Singh, Yuzvendra Chahal, Harshal Patel, etc. stepping up.

Ravi Shastri, a former India head coach, believes his country would have a “new team” following the conclusion of the T20 World Cup in Australia, even if there are still a number of players who has the talent to remain at the top for years to come.

“I have been part of the system for the last six-seven years, first as a coach and now I am watching from the outside, and I think this is as good a line-up as India has ever had in T20 cricket. I see India having a new team after this World Cup. With Surya (Yadav) at No.4, Hardik (Pandya) at No.5 and Rishabh Pant or Dinesh Karthik at No.6 it makes a massive difference as it allows the top order to play the way they are playing.” ICC quoted Ravi Shastri saying.

In the previous T20 World Cup, Shastri’s team, India, was unable to get past the group stage. After the incident, Shastri resigned as the team’s head coach, making room for Rahul Dravid to accept the position. India has adopted a new strategy for the shortest format under Dravid, although there are still some issues to be resolved.

Shastri believes the players definitely need to step up on the pitch if they are to win the title Down Under, speaking of the team’s current trouble areas.

“One area that India will have to pick up and start right from the beginning is fielding. They need to work hard and get their A-game on the field when they step out (in the first game) against Pakistan. Those 15-20 runs that you save can make all the difference because otherwise every time you get out to bat, you need to get 15-20 runs extra,” He said.

Shastri used Sri Lanka as an illustration to emphasize the value of strong fielding in major competitions.

“For sides like Australia, England, South Africa they field like crazy. Look at what Sri Lanka did in the Asia Cup with fielding. They won a tight game against Pakistan riding on fielding,” Shastri asserted.