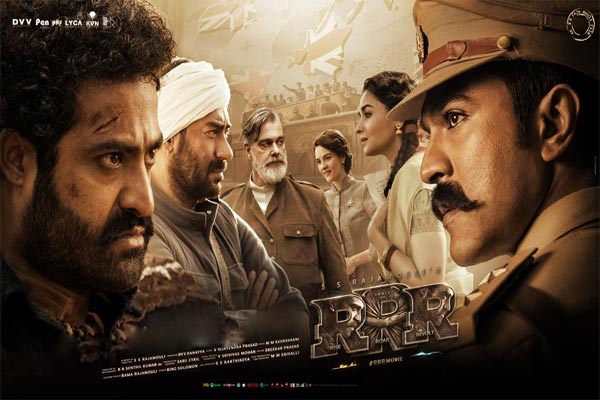 Ram Charan and Jr. NTR have achieved what no other Indian actor ever has by making it to Variety’s Best Actor predictions for Oscars 2023!

SS Rajamouli delivered one of the biggest blockbusters of this year, RRR starring Ram  Charan, Jr. NTR, Alia Bhatt, and Ajay Devgn. Even though it’s a Telugu film, it was dubbed in multiple languages including Hindi, and released across India.

After becoming a mega-hit in India, it also gained popularity and praise in the west since releasing on OTT giant Netflix. Many Hollywood filmmakers praised the film after watching it on OTT.

A few weeks ago, Jr. NTR made it to Variety’s Oscar 2023 Best Actor prediction list and now the pride is doubled as Ram Charan also made it to the recently updated list. Jr. NTR is on the 35th spot wherein Ram Charan is on the 36th.

Fans of both actors are over the moon and are constantly showering love and admiration on both actors. #RRRmovie, #RamCharanforOscars, #Ramcharang.o.a.t are all trending on Twitter ever since the news broke out. Check some of the tweets below.

RRR made a blast at the box office making both Jr. NTR and Ram Charan pan India stars and even though RRR did not have an worldwide release, the OTT premiere made the actors famous worldwide. If reports are to be believed, Jr. NTR might soon make his hollywood debut.

Ram Charan has RC15 lined up which also stars Kiara Advani in the lead role, and Jr NTR has NTR 30 and NTR 31 all set.

Here’s another Bollywood film all set to make a commotion worldwide.