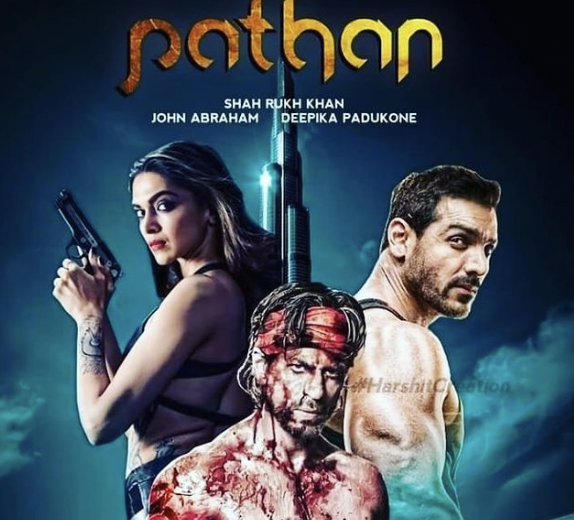 It’s been a long wait, but the countdown has finally begun.

After four years, Shah Rukh Khan is gearing up for his highly-anticipated comeback film, “Pathaan.”

The film has been making headlines for quite some time now, and fans have been eagerly waiting for its release.

The anticipation only increased when the makers dropped the official trailer a couple of days back, which set social media buzzing for all the right reasons.

The film is expected to break and make new records at the box office, and with a star-studded cast and a talented director at the helm, it’s no surprise that the excitement is building.

“Pathaan” is directed by Siddharth Anand, who is known for his work on the hit film “War.”

The film is an action-thriller, and in addition to Shah Rukh Khan, it also stars Deepika Padukone, John Abraham, Dimple Kapadia and Ashutosh Rana in pivotal roles.

The buzz around “Pathaan” has been building for quite some time, and fans have been eagerly waiting for its release.

The release date for the film is set for Republic Day, and it’s sure to be a big event. But, before it even hits the screens, it has already begun making waves at the international box office.

Advance booking for the film has been taking place, and if the latest buzz is anything to go by, it’s already surpassed a huge mark at the ticket window in the US.

It’s a historic number and it is a clear indication that the King of Bollywood is back. In addition to this, another netizen claimed that “Pathaan” has SHOCKED as USA advance bookings for Day 1 have already crossed $250K.

A lot of fans are also sharing screenshots of sold-out theaters in Germany, as they show how the advance booking for SRK starrer Pathaan is on-point.

This is truly a historic number and it points to the fact that “Pathaan” is going to be a huge blockbuster.

However, there were a few doubters as well.

Time will tell if whether KRK or SRK will be vindicated!