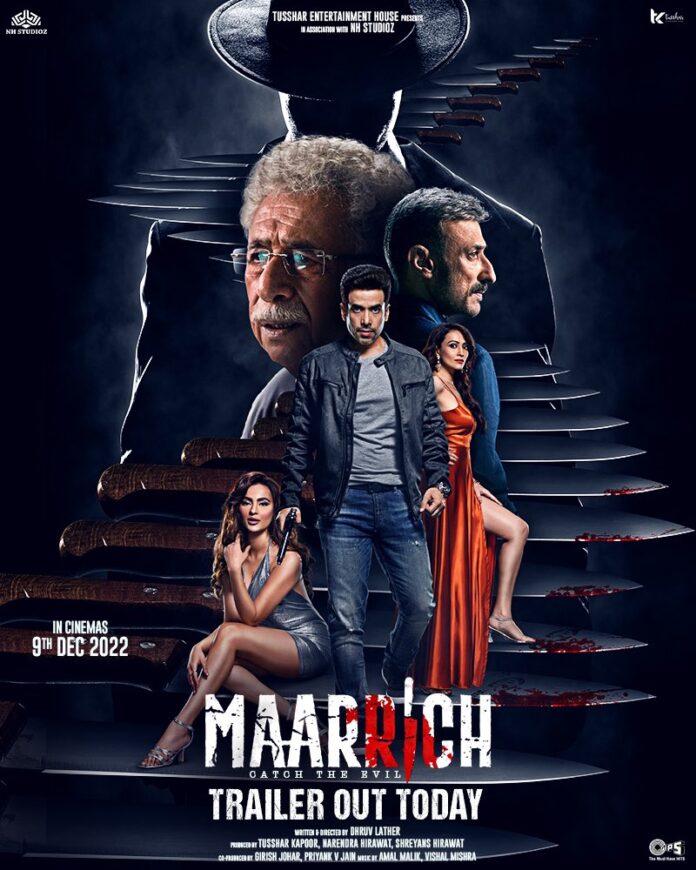 The trailer of Tusshar Kapoor’s upcoming film, Maarrich has been released by the makers.

Actor Tusshar Kapoor is prepared to make a comeback in movies with his next crime thriller Maarrich, following the success of his previous films, like Mujhe Kuch Kehna Hai, Golmaal, and others. In the edge-of-your-seat thriller, the actor who plays a police officer will be seen pursuing a killer who is on a killing spree. Dhruv Lather, a rookie who has directed commercials and music videos, is in charge of Maarrich.

Along with showcasing his superb acting abilities, the actor is funding the film for the second time following Akshay Kumar’s Laxmmi. The trailer portrays Tusshar as Rajiv Dixit, a strong and powerful police inspector who is looking into the case of two young girls who were brutally murdered. The film is filled with disturbing sequences and background music. Someone who is really good at what they do is looking for Maarrich, the greatest evil.

He encounters a number of suspects, each of whom has a dark side. The film develops several exciting twists as the spectator follows the traces and clues, keeping them riveted to their seats the entire time.

The reunion of Tusshar and actress Anita Hassanandani after almost two decades apart was another highlight among Tusshar’s pursuit of and navigating through the evidence that came his way.

In movies like Yeh Dil and Kucch To Hai, they appeared onscreen together.

The ‘Hatman’ with the coat and dagger, who would ultimately tamper with the evidence, is also hinted at in the teaser.

The film will release theatrically on 9th December 2022!