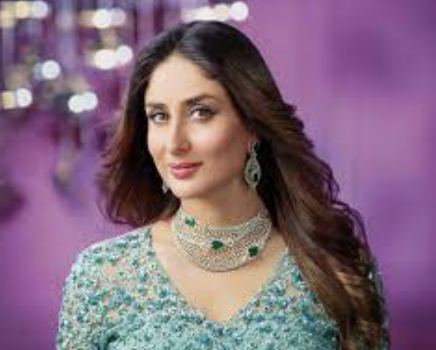 Kareena Kapoor is a brand ambassador for Malabar Golds, the reputed jewellery brand.

However, her collaboration with the brand an Akshay Tritiya ad has come in for criticism.

#BoycottKareenakapoorKhan is a hashtag that is trending for past 48 hours.

What is the reason?

A section of social media users took offence to the new Akshaya Tritiya ad in which the actress is seen decked up in traditional attire and elaborate jewellery but without a bindi on her forehead.

After the ad was released, cyber citizens protested against Kareena, who has ‘married a Muslim’, for being featured in an ad for a Hindu festival.

People on the internet also pointed out that for a married woman sporting a bindi on festivals is part of the Hindu tradition.

One wrote, “Every Hindu woman puts bindi on her forehead as foremost adornment be it festival.But advertisement features Kareena without bindi.

Another one wrote, “#NoBindiNoBusiness #malabargold #AkshayaTritiya #Hindu Kareena if forget hindu festivals and role of bindi after marriage in hindu dharma then she should avoid such advt to just earn money.

Malabar gold if don’t  know about hindu festivals and about bindi then its shameful.”

Recently Kareena Kapoor Khan features in Akshaya Tritiya ad without bindi. She married to Muslim and want to sell gold on hindu festival with Muslim ideology.

We hope Malabar Golds takes note of this and is more mindful in the future.