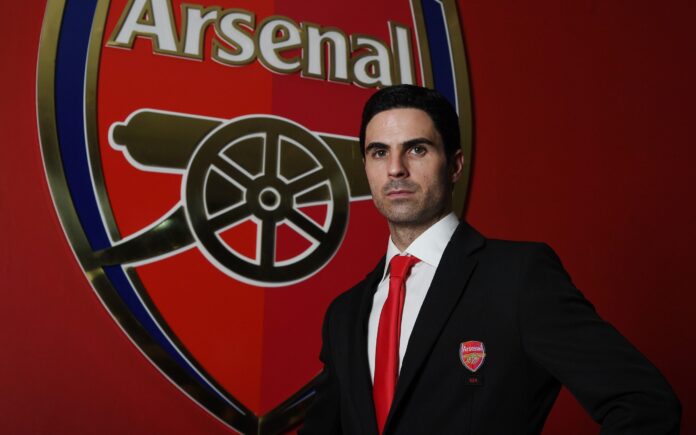 The Gunners continued their strong start to the season with a 3-0 victory over the Bees, avenging last season’s embarrassing opening night defeat at the same venue.

Arsenal’s dominance was such that Arteta felt confident enough to give Nwaneri, who was only 15 years and 181 days old at the time, his first appearance in injury time.

Explaining his decision in his post match press conference, Arteta said, “It was a pure gut feeling, I met the kid and I liked what I saw. He has trained a couple of times with us and I had a feeling yesterday that if the opportunity came I would do it.”

“But I think it sends a strong message about who we are as a club. I told him yesterday he would be with us and he had to be ready. He is ready. When he went on I said congratulations and enjoy it. I don’t know what it is. When I met him, when I looked at him, I had that feeling.” He concluded.

Cundy, on the other hand, believes that selecting the teenager will add unnecessary pressure to a player who is already being compared to Phil Foden.

This is what he told talkSPORT, “Arteta doesn’t care about the boy. I think that’s a really poor decision. It’s all about Arteta. The manager that played the youngest ever player in the Premier League is me. I think that’s self-indulgent.”

“When I saw the kid on the bench I thought that was great for him. What a brilliant experience for the kid. But when I saw him warming up I thought this is ridiculous. This has got nothing to do with the kid this is all about Arteta, all about him, look what I’ve done. Time will tell.” He added.

“He came on and he hardly touched the ball. He came on with seconds to go. This is about him making an appearance, nothing to do with the performance. Why didn’t he bring him on with 10 or 15 minutes to go? There’s other players on that bench that could have come on. It’s the wrong decision because he’s still a kid.”

“There’s pressure mounting already. From everything I’ve heard he’s going to be a superstar but putting him on at 15 does nothing to help his career.”

In other news, Mikel Arteta has been named the Barclays Manager of the Month for August for the third time. After Arsene Wenger, the 40-year-old became only the second Arsenal manager to begin a season with five straight Premier League victories.

Also, Mikel Arteta could become the youngest manager to lift the Premier League title if Arsenal win the league this season!! He will be 41 years old, breaking Jose Mourinho’s record (42 years old)