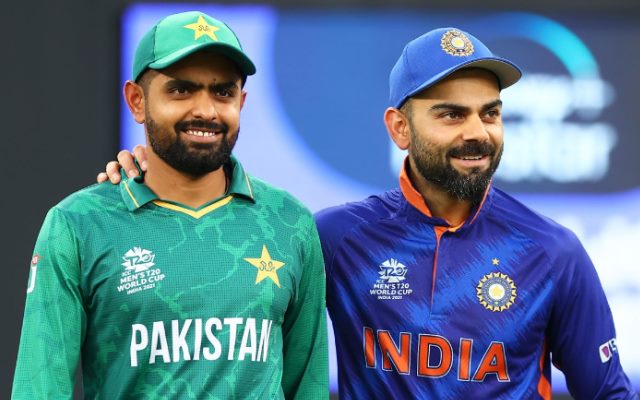 The tickets for the most epic clash of the ICC T20 World cup India vs Pakistan are already sold out as per ICC!

The ICC T20 World Cup 2022 is a warehouse of entertainment for sports fans all over and if there is one rivalry people are obsessed with are arch-rivals India and Pakistan. So obviously the match would be a full house and according to ICC, over 500,000 fans have already booked their tickets to watch the clash live thus the tickets are sold out.

The ICC T20 world cup will be commencing from 16th October in Australia and the exciting match India vs Pakistan will be held on 23rd October in the world famous MCG – Melbourne cricket grounds.

In a statement ICC said, “with additional standing room tickets snapped up within minutes of going on sale.”

The ICC also said, “Fans from 82 different countries have purchased tickets to watch the world’s best players from 16 international teams, marking the return of full stadiums at ICC events for the first time since the Women’s T20 World Cup held in 2020 which culminated with 86,174 fans for the final at MCG.”

“Current ticket allocations are also all sold for the double header at SCG on 27th October featuring South Africa vs Bangladesh and India vs Group A runner-up. Fans are encouraged to join the waitlist in the event of additional tickets becoming available.”

This is what the India squad jersey will look like for the ICC T20 World cup.