Govinda Naam Mera to have an OTT release on this platform 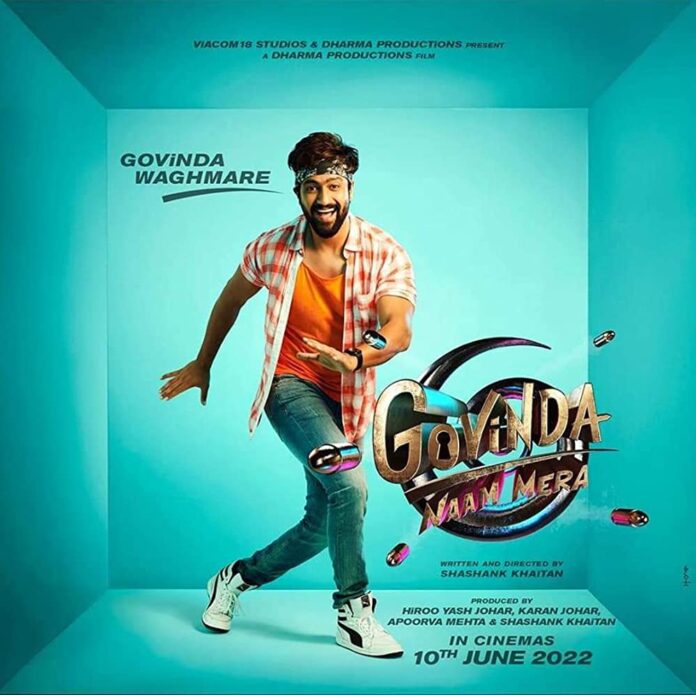 Govinda Naam Mera, starring Vicky Kaushal, will debut exclusively on Disney+ Hotstar, the streaming service announced on Wednesday. The news was made by the producers in a little clip starring Vicky and Karan Johar of Dharma Productions.

According to Gaurav Banerjee, Head of Content for Disney+ Hotstar & HSM Entertainment Network, Disney Star is excited to launch a new movie with its partners, Dharma Productions.  “Shashank Khaitan’s films have always touched a chord with young consumers and we are confident ‘Govinda Naam Mera’ will add more to this filmography!”

Producer Karan Johar stated that with the release of this film, Dharma Productions further strengthened its relationship with Disney+ Hotstar. The seventh season of Karan’s well-known celebrity discussion show Koffee With Karan recently ended on the network. The director continued,  “We are excited to bring this holiday special film filled with power-packed performances by Vicky Kaushal, Kiara Advani and Bhumi Pednekar exclusively to the viewers of Disney+ Hotstar,”

The comedy-crime-thriller explores the story of a misfit and his crazy family.

Working on a fresh kind of comedy, according to Shashank, known for the Dharma’s Dulhania series, was exciting.

“Govinda Naam Mera’ is a complete family entertainer which will keep the viewers guessing until the end. I am really delighted that we are releasing this exciting new film for the viewers of Disney+ Hotstar,” he said.

“We at Dharma Productions are really excited for ‘Govinda Naam Mera’ as it marks our first ever comedy crime thriller movie. With an avid and talented director, Shashank Khaitan, an ensemble cast and our long standing partnership with Disney+ Hotstar – we envision the movie to provide wholesome entertainment to the homes of all during the festive holiday season,” added Dharma Productions CEO Apoorva Mehta.

Disney+ Hotstar will soon announce the release date of the movie as well.