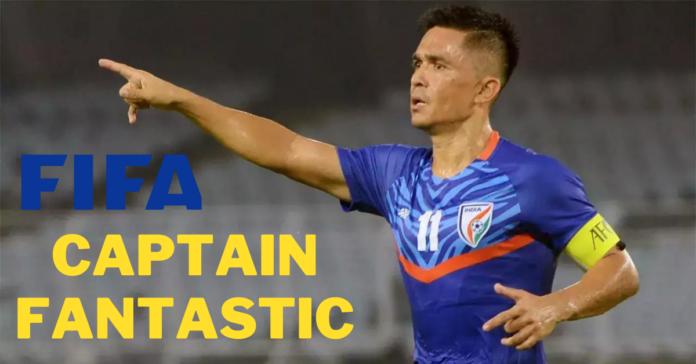 The series named ‘Captain Fantastic’ is available on FIFA+ and it has three episodes. Widely regarded as one of the greatest Indian players of all time, Sunil Chhetri is the third-highest international goalscorer among active players, behind only Cristiano Ronaldo and Lionel Messi

He is also the joint fifth-highest of all time, and also both the most-capped player and the all-time top goalscorer for India.

Chhetri received the Arjuna Award in 2011 for his outstanding sporting achievement, the Padma Shri award in 2019, and India’s fourth highest civilian award. In 2021, he received the Khel Ratna Award, India’s highest sporting honor, and became the first footballer to receive the award.

During his distinguished career, Chhetri has played 131 games for the Indian squad and netted 84 goals.

FIFA+ is a content initiative by the global body and this series is a component of that project. Some of the scenes were filmed in Bangalore, where Chhetri currently resides, in addition to Delhi, where Chhetri’s parents live and where he grew up.

The first episode of the series travels back to Chhetri’s early days as India’s talismanic captain. This fly-on-the-wall saga uncovers unseen tales of the captain, from his precocious pre-teen anguish to the early sparks of his romance with his future wife — all leading up to his India debut at the age of 20.

The second episode of the series follows Chhetri beginning to excel for the national team and gradually establishing himself as a mainstay.

Chhetri achieves the pinnacle of both his professional and personal life in the third episode of the show. As Chhetri’s fame and on-field performances rise, awards have mounted up and records have been broken. ( Episode Info Firstpost )