Erik Ten Hag: Will he inspire Man United or flop like Mourinho? 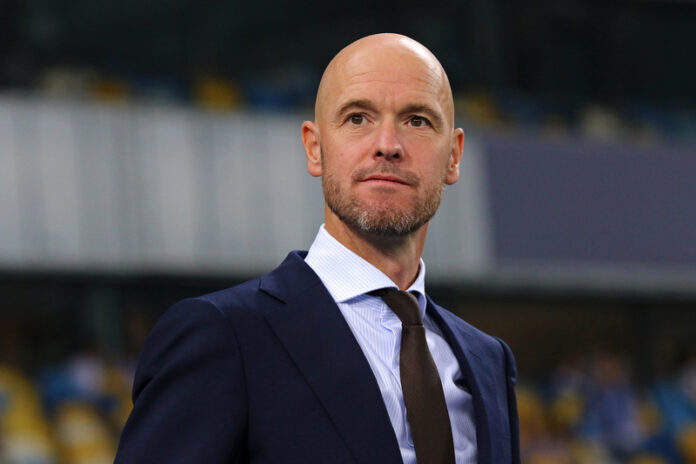 It has been nine years since Sir Alex Ferguson bid farewell to Manchester United.

The Scottsman had built an empire at Old Trafford during his 27-year reign. He brought 13 league titles and two Champions League trophies to the club’s cabinet, establishing them as eternal behemoths in the landscape of English football.

But, life after Sir Alex Ferguson had been difficult for the Red Devils.

Five managers had to throw in the towel as Man United only managed to win an FA Cup, a League Cup, and a Europa League title since Ferguson left. Accomplished names like José Mourinho and Louis van Gaal failed to fulfil expectations and restore Manchester United’s credential as a genuine Premier League title contender.

United did finish runner-ups twice over the last nine years. But in reality, Manchester United never posed a real challenge for the title in those two campaigns.

Former United star Ole Gunnar Solskjær had seemingly steadied the ship with back-to-back top-four finishes. But he ultimately lost the plot as he failed to omit some big names from the first XI for the betterment of his team. Ralf Rangnick inherited a mess and made it even worse as United limped to a sixth-place finish in 21/22.

Erik ten Hag had the worst possible start to his Manchester United career.

The Dutch tactician arrived at Old Trafford with quite an impressive CV. He worked as Pep Guardiola’s second man at Bayern Munich and inherited many of his tactical views.

He then went on to have a successful stint at Ajax Amsterdam, winning two Eredivisie titles and a KNVB Cup. But the highlight of his Ajax spell is the 2018/19 Champions League semifinal run. De Godenzonen were on the verge of making it to the final, but a remarkable Tottenham comeback denied them in the end.

But, Ten Hag was not the first high-profile manager to take charge of Manchester United in the post-Ferguson era.

With successive defeats in his first two matches in charge, bookmakers started offering odds for Ten Hag becoming the first permanent Manchester United manager since David Moyes to get the sack before the end of his first season.

However, Ten Hag managed to recover from his early struggles as he started to lay down the foundations of his team. Manchester United have won 14 of their last 17 matches across all competitions and sit fourth in the league table. They are two points clear of fifth-placed Tottenham Hotspur with a game in hand.

Ten Hag made it clear that he would not compromise his principles for anybody in the team. He did not hesitate to drop a superstar like Cristiano Ronaldo for disciplinary reasons and eventually drove him out of the club. He also benched the likes of Ronaldo and Harry Maguire as he did not see them fit for his playing style.

Certain players have had substantial dressing room influence over the past few years, negatively impacting the team. Ten Hag laid down the law from the start, calling for one hundred per cent commitment from every single player in the squad.

The signings he brought in have been instrumental in picking up United’s form.

Anthony has not scored a lot of goals himself yet, but his ball progression qualities have been vital in United’s attacking build-up.

Casemiro had a difficult start, but he has left that behind to replicate his Real Madrid form and take control of Man United’s midfield. Lisandro Martínez has silenced his doubters by becoming one of the best centre-backs in the league so far.

But Ten Hag’s most impressive feat so far is inspiring Marcus Rashford to rediscover his form. The 25-year-old has been phenomenal under the new manager, scoring 14 goals across all competitions this season.

Ten Hag’s Manchester United rebuild is still in its infancy. But the brand of football United are playing, and Ten Hag’s no-nonsense grip on the squad has made United fans hopeful of something special.

United face some stern test of their abilities as they prepare to welcome Manchester City at home before taking a trip to Arsenal. United can even sneak into the title conversation this season if they come out on top in these two matches.