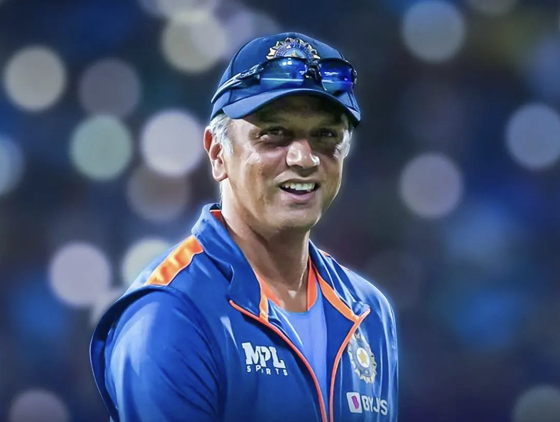 Virat Kohli, the Indian cricket team captain, has not been seen in the T20I format for India since the 2022 T20 World Cup.

Despite India playing two T20I bilateral series after the mega event, Kohli has not been included in the team.

This has led to questions about his future in the T20I format. The question was raised again during a pre-match press conference ahead of India’s third ODI against New Zealand.

India’s head coach, Rahul Dravid, was present at the press meet and was asked about Kohli’s absence from the T20I team.

“Till last year, Virat’s position in the T20I team was in question…” a journalist asked, when Dravid interrupted him midway and said: “Not by us sir. Not at all, never by us!”

On being asked, why Kohli wasn’t playing in the T20Is, despite being named in ICC’s T20I team of the year (2022), Dravid said- “Kohli’s position in the T20I team was not in question. He stated that there are certain priorities that the team needs to give to certain white-ball tournaments at particular stages of time.”

“He explained that the amount of cricket being played, including the Border-Gavaskar Trophy and the World Test Championship, as well as potential qualification for important games, have been prioritized over the T20I format.”

Dravid also stated that Kohli, along with other key players, will be given a break in the next week while India plays some T20I cricket.

This is to ensure that they come back refreshed for the upcoming series against Australia. Dravid emphasized that it is all about priorities and that certain formats need to be prioritized at different stages of time.

India has already taken an unassailable 2-0 lead in the series against New Zealand and the final ODI will be played on Tuesday.

With Kohli taking a break and not playing in the T20I format, it will be interesting to see how the team performs and if they can continue their winning streak without their key player.