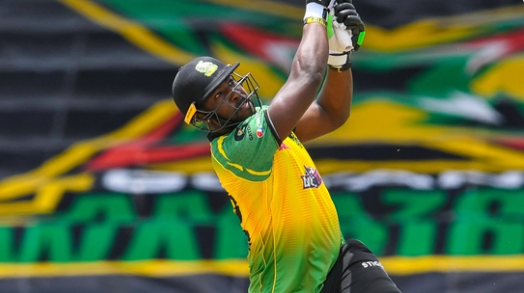 Russell scored 72 runs in just 24 balls, helping his side win the match by 3 runs.

The big-hitting Andre Russell is considered one of the dangerous guys in the T20 format.

Dominic Drakes was the first bowler to face the wrath of Russell, as he hit the medium-pacer for four sixes in the final four deliveries of the seventh over

He then welcomed spinner Jon-Russ Jaggesar, who came to bowl the eighth over with a couple of sixes.

Tim Seifert chipped in with 13-ball 22 and Tion Webster scored 22 off 10. Seekkuge Prasanna smashed 19 off 5 balls.

In response, the Patriots put up a great fight but fell short by three runs eventually.

Andre Fletcher scored 33 off 15 balls, while Sherfane Rutherford smashed 50 in only 15 balls.

Russell is hopeful of a comeback to the national team

Andre Russell has an unwanted rift within West Indies Cricket Board. He has not played a single T20I match since ICC T20 World Cup 2021.

According to WI coach Phil Simmons, nowadays players are choosing franchise cricket over playing for their country which is sad

“It hurts. There’s no other way to put it. But what can you do? I don’t think that I should be begging people to play for their countries. I think if you want to represent the West Indies, you will make yourself available.

“Life has changed if that people have the opportunity to go different places, and if they choose that over the West Indies, that’s just how it is,” Simmons was quoted as saying by ESPNcricinfo.

The short tournament will come to an end on Sunday, August 28 with the two semi-finals and the final slated to take place one after each other on the same day.

Jamaica Tallawahs will take on the Patriots in the first semi-final while The Knight Riders will be up against the Barbados Royals in the second.