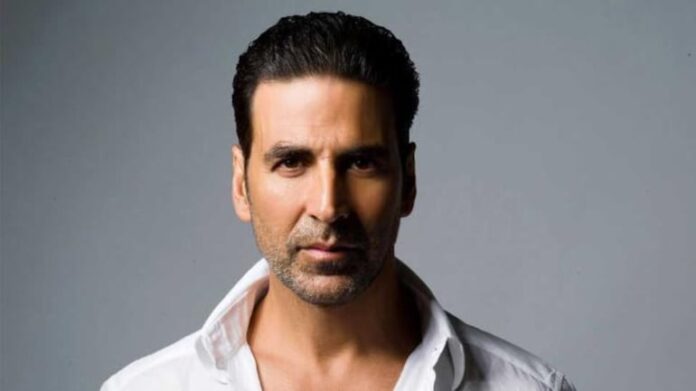 His fans and friends from the industry have flooded social media with warm wishes. On his special day, Khiladi Kumar took to social media and thanked everyone for the birthday wishes.

He shared a throwback picture of himself in a all black dress while posing next to a motivational message. The message read, ‘One thing you can’t recycle is wasted time.’

Akshay Kumar pens a sweet thank you note for fans

Along with the picture, Akshay expressed his gratitude to his fans. He wrote, “साल गुज़रता है, वक्त निकलता है…what remains constant is the gratitude I feel on every birthday. Thank you always for all your love. 🙏♥️🙏”

On Friday, Katrina Kaif took to her Instagram handle to share a story, where she is seen posing and smiling with Akshay Kumar.

Mentioning Khiladi Kumar, the actress also wrote, “@akshaykumar it’s your birthdayyyyy, all my love is with you always and here’s to the bestest year ever”.

His co-star Kareena Kapoor Khan dropped a throwback picture and wrote a funny wish for him. Her note read, “Happy birthday Akshay. You are and you will always be my most favourite co-star (Because I get to pack up at 3 PM). Love you tons. Have a fantastic one.”

Khanna posted a family picture with Akshay, Akshay’s sister, Alka Bhatia, Alka’s husband Surendra Hiranandani, as well as Aruna. In the pic, Twinkle is is seen standing next to Akshay. She wrote, “My fabulous mother-in-law once told me there can’t be two tigresses in one field. She meant the two of us. She was right. There was only one real tigress. The rest of us paled in comparison. Her one-liners were as legendary as her generous heart.”

Khiladi Kumar has a solid lineup of bollywood films ahead. Akshay will be next seen in ‘Ram Setu’ with Jacqueline Fernandez, ‘Selfiee’ with Emraan Hashmi, ‘OMG 2’ with Yami Gautam, ‘Bade Miyan Chote Miyan’ with Tiger Shroff.