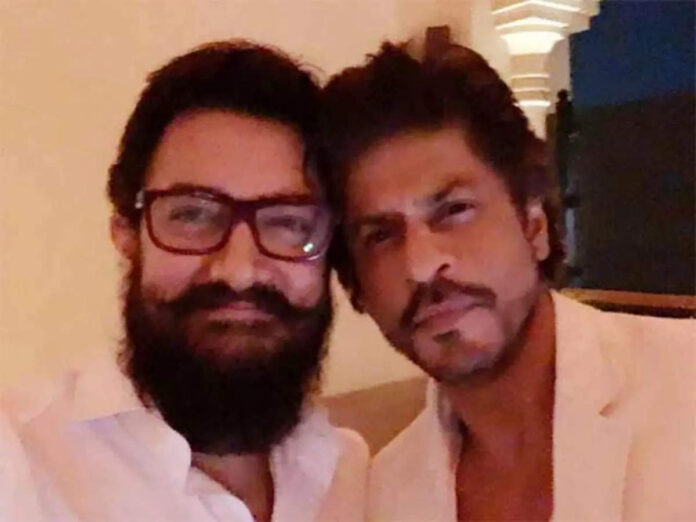 Aamir khan and Kareena Kapoor starrer Laal Singh Chaddha have been in the news ever since it was announced to be released on 11th August 2022.

Recently in an interview with pinkvilla, Aamir confirmed that Shahrukh Khan definitely has a cameo in Laal Singh Chaddha and went on to reveal how he convinced the Badshah of Bollywood to do the same.

It’s no news that Aamir and Shahrukh have always had a cordial and friendly relationship and therefore when asked about how he convinced Shahrukh, he simply said Shahrukh Khan is a good friend and that he wanted someone who can be the equivalent to what Elvis is to America.

Hence he went to Shahrukh Khan who is one of the megastars of Btown. Aamir rounded up his answer by mentioning, “He was really sweet and said yes.”

On this note, fans of Shahrukh can now rejoice and see their beloved star in Laal Singh Chaddha.

Apart from Aamir Khan and Kareena Kapoor Khan, actors Mona Singh and Vijay Deverakonda also have impactful roles in the film which is directed by Advait Chandan.