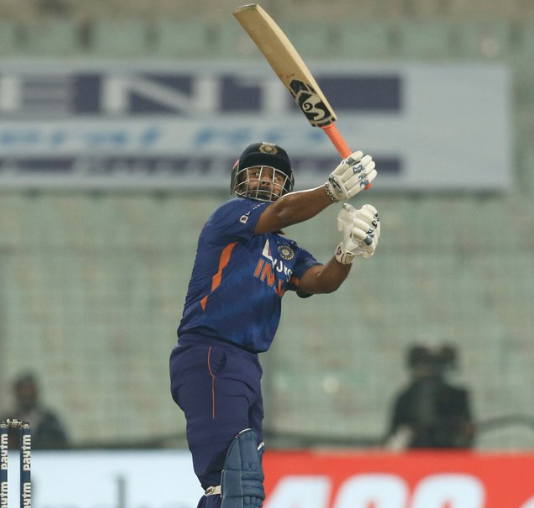 Harshal Patel and Bhuvneshwar Kumar held their nerves to defend 36 runs from the last 18 balls as half-centuries from and Powell went in vain.

Virat Kohli came back in form with a fifty while Rishabh Pant also scored a crucial half-century, in the end, to put 186 runs on the board.

India has now an unassailable lead of 2-0 in the 3 match series.

A slow start from the West Indian top-order has caused them a defeat in the 2nd T20I.

Rovman Powell and Nicholas Pooran tried their best to get their side over the line but the superb bowling from Bhuvneshwar Kumar and Harshal Patel didn’t allow them to do it.

Bhuvneshwar Kumar also bowled a wonderful 19th over in which he not only conceded just 4 runs but also dismissed the dangerous Pooran.

25 runs were required in the last over and Harshal started with just 2 singles off the first 2 balls but Powell then dispatched 2 sixes on the next 3 deliveries.

Harshal didn’t allow them to score any more boundary on the last balls to win the game for his side.

India lost Ishan Kishan in the 2nd over but Kholi joined Rohit to put a small 49 runs partnership for the 2nd wicket.

Rohit was again dismissed by Roston Chase on just 19 runs.

Suryakumar Yadav also had a limited stay at the crease as he was dismissed on just 8 runs.

Half-centuries from Kohli and Pant

Virat Kohli finally played an outstanding knock in this series.

He scored a much-needed half-century that will give him a lot of confidence.

Roston Chase dismissed Virat as he got caught out after scoring 52 runs from just 41 balls.

Rishabh Pant was outstanding with the bat in the death overs.

He smashed a crucial half-century for his side at the right time to help them reach a 300 plus total.

Pant remained unbeaten on 52 runs from just 28 balls including 7 fours and a six.

West Indies had a slow start to their innings as their top order failed to score runs at a high pace.

But the stand between Pooran and Powell has almost snatched the victory from the hands of West Indies.

Both of them scored half-centuries today and almost won the match.

Nicholas Pooran got out in the 2nd last over after scoring an excellent knock of 62 runs off 41 balls.

Powell also smashed 2 sixes in the last over but that wasn’t enough for them to win the match.