Alia Bhatt, Varun Dhawan and Sidharth Malhotra made their debut with Student of the Year on this in 2012.

Today is an extremely nostalgic day for Bollywood buffs all over as these 3 actors complete a decade in the industry. It’s absolutely unbelievable that it’s 10 years already. When Karan Johar launched Alia, Varun and Sidharth little did he know he was creating the path for newcomers.

Even though Alia Bhatt and Varun Dhawan have always received criticism because they are star kids, both of them have proved that they belong where they are with their stellar performances and glamourous career. Granted, Sidharth Malhotra’s career path has been a bit rockier but with movies like Shershaah, Hasee toh Phasee and Ek Villain he has proved his worth as well.

Fans of all 3 actors are showering them with love and admiration. The fans are as emotional as the actors themselves. Some of the fans are also saying that they grew up with them. Take a look.

only 10 years and you gave us GANGUBAI ?! what a queen you are 🌙#aliabhatt pic.twitter.com/fNawDkT4PO

Agree or disagree (IDC) but this powerhouse performer is Bollywood's biggest gift to us in the last 10 years, hands-down! What a joy it is to watch @aliaa08 light up the screen with her impressive acts! 10 years down, many many many more to go 🌸 #AliaBhatt #10YearsOfSOTY pic.twitter.com/4TmXSPoHQL

Once a fan, always a fan.
10 YEARS OF VARUN DHAWAN pic.twitter.com/eU0p1uNM0X

One of the popular actor in international market of this generation 🔥🔥
10 YEARS OF VARUN DHAWAN pic.twitter.com/yrR4MiaAZX

Karan Johar who has never been secretive about his love for the 3 actors also put up a heartfelt note on his Instagram account.

“SOTY started of as me making a “holiday film”…. A film that certainly wasn’t intended to move any cinematic mountains but a film that was young , fun and entertaining … what I didn’t realise then that this film would give me so much more than memories or a commercial success … would give so much more than a film in my directorial archives… this film gave me three of my most defining relationships … Sid, Varun and Alia went on to become my family…..besides my mom they are the three people I think I talk to every single day…. I never knew way back then that I would have children of my own …but my first protective parental feeling was for all three of them… I love you SID! I love you VARUN and I love you ALIA( yes yes I know I am not supposed to keep saying it but what the heck love is love )… I say it to my kids and I want to say it to all 3 of you ….. love you to the moon and back ….” read his caption. See the post here.

If this isn’t nostalgic enough, he also posted photos with the Alia Bhatt, Varun Dhawan and Sidharth Malhotra through out the years. Take a look. 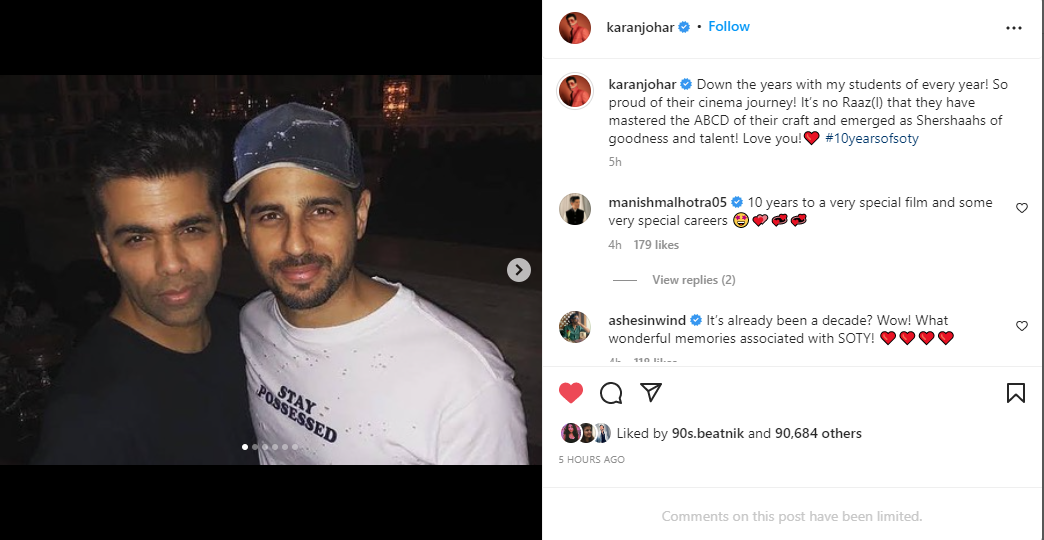 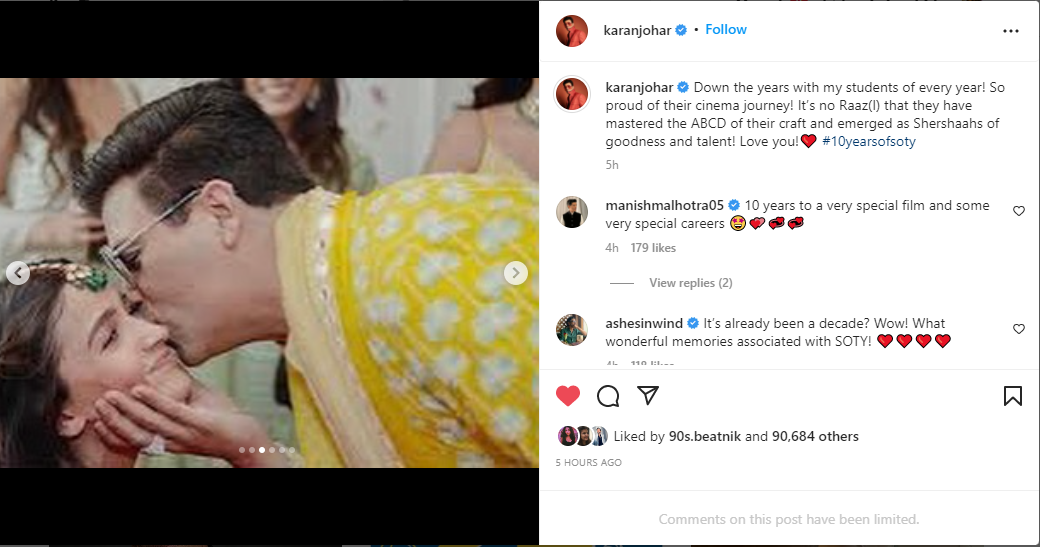 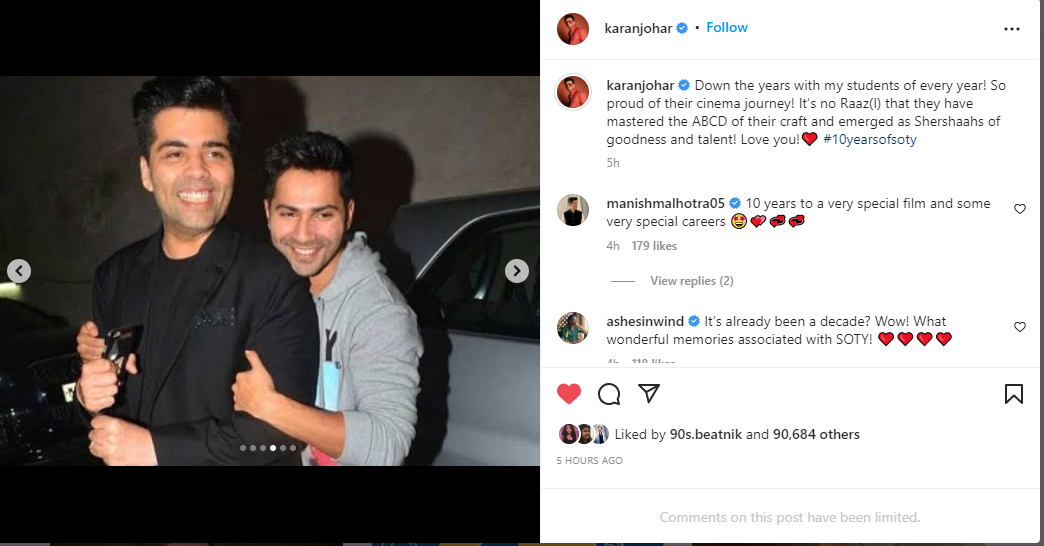 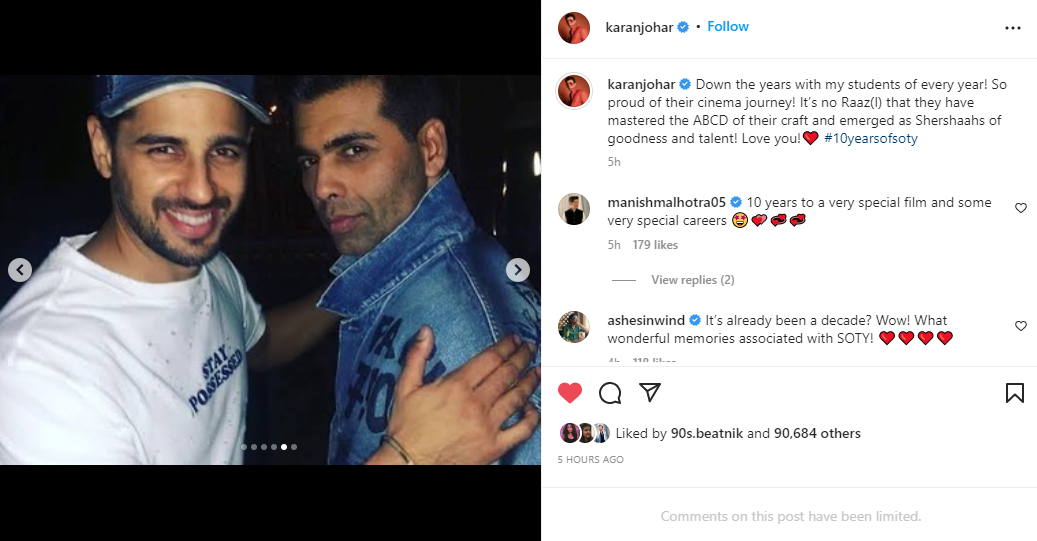 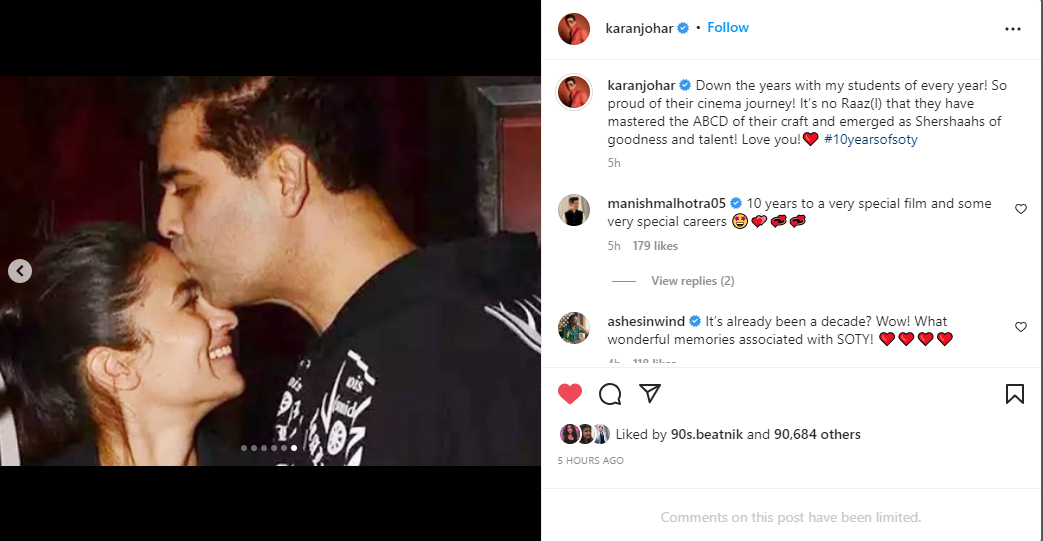 We are not crying you are.

Cut to 2022, Alia Bhatt has had one of the best years of her career with Gangubai Kathiyawadi, RRR, Darlings and last but not the least Brahmastra part one: Shiva with her Husband Ranbir Kapoor. She has Rocky aur Rani ki Prem Kahani, her hollywood debut Heart of Stone and Jee Le Zara to look forward to.

Varun Dhawan on the other hand is prepping for his creature-comedy Bhediya which is scheduled to release on 25th November.